Foreign investors, mainly from Thailand, Japan and South Korea, are attracted by the country’s bigger and richer middle class.

Vietnam’s retail market has grown 10.2 percent over the past year with total sales reaching VND2,670 trillion ($117.6 billion), according to the General Statistics Office.

The country, ranked by A.T. Kearney among the world’s top 30 retail markets with the best opportunities, saw a great surge in mergers and acquisitions in the sector last year.

Almost 60 percent of Vietnam’s population of 93 million people are under 35 years old who are becoming better educated and richer. The country’s average income last year jumped to $2,200 from a meager $433 in 2000, according to official data.

The World Bank has forecast that Vietnam’s $200 billion economy is likely to grow to a trillion dollars by 2035, with more than half of its population, compared with only 11 percent today, expected to join the ranks of the global middle class with consumption of $15 a day or more.

Data from EuroMonitor International showed that Vietnam’s consumer spending is about to grow 47 percent in the next four years to $184.9 billion. 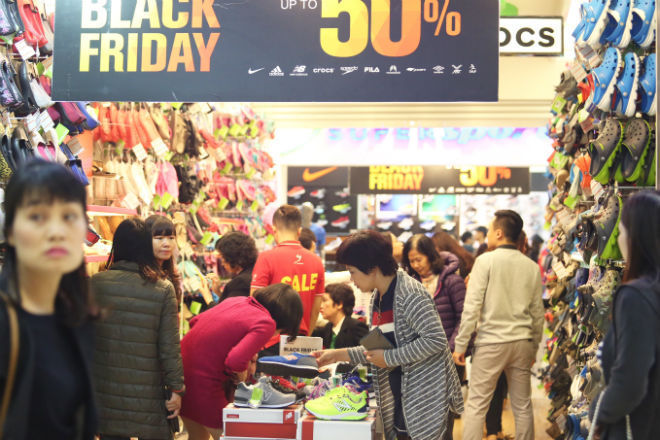 Retailers from Thailand have so far been among the most aggressive investors, launching an acquisition spree to gain a strong foothold in Vietnam.

Thai retail giant Central Group, which last year managed to acquire a 49 percent stake in consumer electronics retailer Nguyen Kim and seal a $1.14 billion buyout of one of the country’s biggest supermarket chains Big C, has earmarked $30 million for expansion in Vietnam. The Thai conglomerate said it will double the number of supermarkets to around 70 and develop 13 shopping malls by 2021.

Joining the race are investors from Japan and South Korea.

It is forecast that in the next four years the number of supermarkets will nearly double to 1,300 and shopping malls to 300, according to the government’s development plan for the retail sector.

Spending at supermarkets, convenience stores and shopping malls is expected to rise to 45 percent of total consumer spending by 2020, up from 25 percent now.

Posted by Nguyen Cao Cuong  Posted on 06 May

Drop us a line Cancel reply